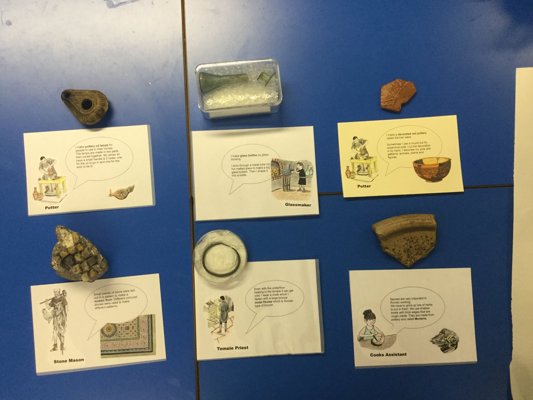 Today Class 4 were young archaeologists! We dug up then studied artefacts from Roman Britain. Some of the artefacts we discovered included a Roman gold brooch, a silver torc, a Roman vase, Roman coins and a small Roman statue of a legionary. Uncovering these artefacts and studying them helped us to consider what life might have been like in Roman times.