The girls’ team travelled to Shadwell this week as they played a pre-season friendly. With a lot of new faces in the team, the girls worked together brilliantly to get off to a strong start when Lilly’s left footed shot went in off the left hand post. Soon after this Mia, making her school debut, added a second for the team, with the score at halftime staying 2-0 to Bramham. Going into the wind in the second half the team still played brilliantly; Mia added her second, and despite Shadwell getting a goal of their own with a deflected shot, Bramham were able to hold on for the win. A great team performance in a game played in fantastic spirits, it was great for the girls to get onto the pitch and complete their first game on their way to what will hopefully be an excellent season. Our team managed to win some games in the tournament, and we were unlucky not to qualify for the next round. In the league we’d been playing well all season, and toughed it out in the wind, rain and mud for most of the year! All our hard work paid off as we finished in the top four of the whole city and therefore qualified for finals day. At the city finals we played a school called Holy Family in the semi; they’d won 24 league games and scored 178 goals this season. We worked really hard and we just lost 1-0. In the third place playoff we played St Paul’s who had only conceded 2 goals in 19 games all season. We didn’t let that stop us and scored two passed them in one game, including a great goal from the half way line by Paige! The game finished 2-2 and went to extra time. Unfortunately we conceded a deflected goal off the post to lose the game, but we never game up and will always be known as the fourth best team in the whole of Leeds, which we think is pretty amazing! 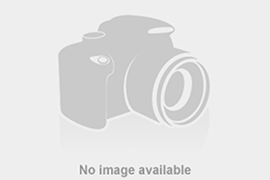 We’ve also been awarded the Gold School Games Mark for all the sport and physical activity we’ve done as a school. This award isn’t for how well do in competitions, although we’ve had a great year, it’s for how much we do and how many children we get involved in sport, so well done for everyone who has participated in school activity this year! This year our Cricket team competed in the regional tournament at Wetherby Cricket Club. We hadn’t practised much, only in P.E., but we only narrowly missed out on qualifying from our group and went into the secondary competition. From there we continued to play well and managed to win our next group, winning the Plate tournament! It was a great achievement for our team. Our team did brilliantly and managed to win our group games, and the quarter final. Although we just lost in the semi-final and missed out on qualifying for the city finals, we took it on the chin and were proud of how far we’d come. We still finished third in the area and we played some excellent Rugby. We even won games 5-1, 5-0, 8-0 and 4-0! Our team managed to win some games at the tournament. Unfortunately, only the top team from each group qualified for city finals so we just missed out. That shouldn’t take away from what was a great performance by everyone and we were proud to have played as well as we did! We took a team of boys and a team of girls from each class in Y5 & Y6 to the Cross County competition, it ended up being a fun, muddy day and everyone ran brilliantly; we’d only done a bit of practising in P.E. and lunchtimes and for a lot of us it was our first time running competitively. Alfie even managed to qualify for the city finals, which was a brilliant achievement! Our Netball team has had a great season! In the league we won most of our games, finishing in 5th place out of all the teams in the East of Leeds. In the tournament we managed to make it all the way to the semi-finals, and finished 3rd out of around 50 teams in the area! To say we have only just started to be able to shoot on our own Netball court makes this even more impressive, and we owe it all to our ability to pass and move the ball, teamwork and determination. This year we looked to build on what we had done with the football team last season. We all feel like we’ve been getting better all year, and this resulted in beating Bardsey in the league in a great game. It’s been a steep learning curve, but also great fun and we definitely think we’re better as a team now then we were at the start of the year. We actually only ended up two points away from second place in the league! This week we once again took all the girls to a football tournament this time. There was lots of brilliant football on show with great resilience in a difficult and tiring competition. It was a fantastic way to end what's been a great season for the girls! This week we took all the girls in Y5 & 6 to the Regional Girls Tag Rugby Tournament at Crawshaw Academy. All our teams played really well and were unlucky not to qualify for the City Finals. There was lots of great tagging and teamwork on show and everyone represented the school brilliantly!