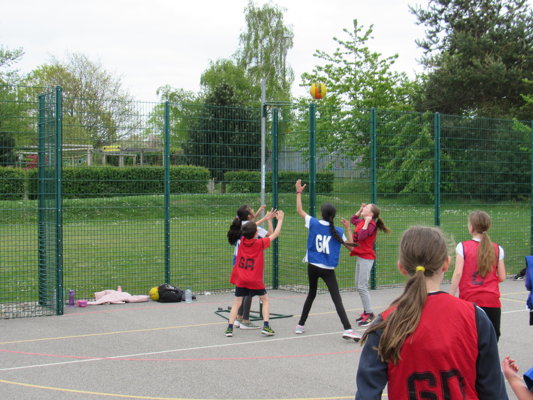 We took the whole Netball squad to the local competition today as they looked to try and qualify for the Regional Competition later in the year. Having the whole squad meant we could split them into two teams, allowing the children to play lots of matches and take responsibility for their own teams doing well.
Both sets of children made the most of their opportunity, with not only positive play, but one team even managed to win the tournament and qualify for the next round; an amazing achievement!