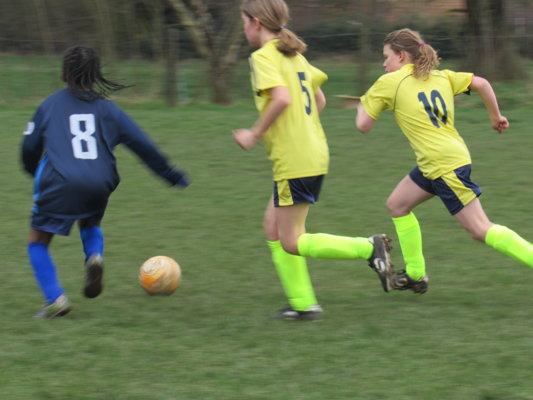 The girls were on their travels once again this week as they made the short journey to Bardsey. In what was a cagey first half of few chances the team were able to take the lead before the break to go in at halftime at 1-0.
The girls were playing well, but were unlucky to concede an equaliser shortly afterwards, but they were able to keep themselves together and regain the lead later in the game, eventually winning 3-1 to claim their first victory of the season!