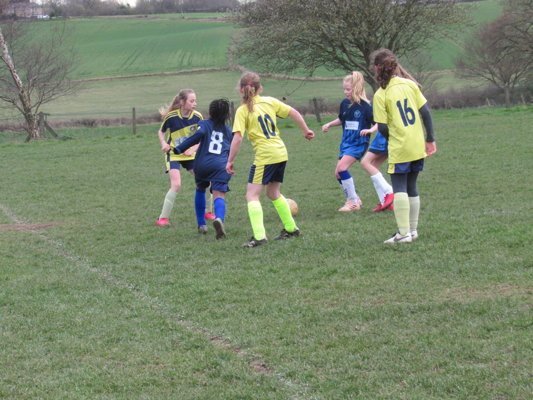 The girls went to Highfield this week for a league fixture. Despite playing a very good team the girls defended brilliantly and despite going two goals down in the first half, kept their heads up and managed to score a goal of their own through a great finish from Eva!
As the team pushed for the equaliser in the second half they were caught out a couple of times on the break; the slippery conditions also making it tricky to defend, but there were definitely lots of positives to take from the game.