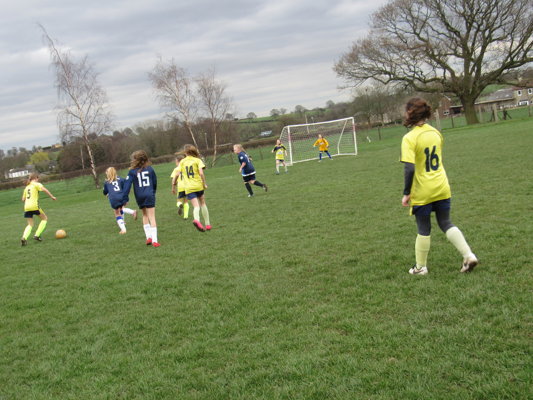 The girls’ team travelled to Shadwell this week as they played a pre-season friendly. With a lot of new faces in the team, the girls worked together brilliantly to get off to a strong start when Lilly’s left footed shot went in off the left hand post.
Soon after this Mia, making her school debut, added a second for the team, with the score at halftime staying 2-0 to Bramham.
Going into the wind in the second half the team still played brilliantly; Mia added her second, and despite Shadwell getting a goal of their own with a deflected shot, Bramham were able to hold on for the win.
A great team performance in a game played in fantastic spirits, it was great for the girls to get onto the pitch and complete their first game on their way to what will hopefully be an excellent season.